I’ve done myself a disservice; I’ve waited until Sunday morning to write this, so bear with me. 🙂

This week was a bit of a blur. We filmed a boat tour, and filming staged/planned videos is not our thing… It took us all week, and the video still has inconsistent lighting/audio and is a bit awkward overall, but we did our best! It’s the most footage I’ve ever worked with at one time, and it took over 4hrs to upload. 😳 You can watch it here if you’d like- Sabado looks great in it, which is all that really matters! 😍 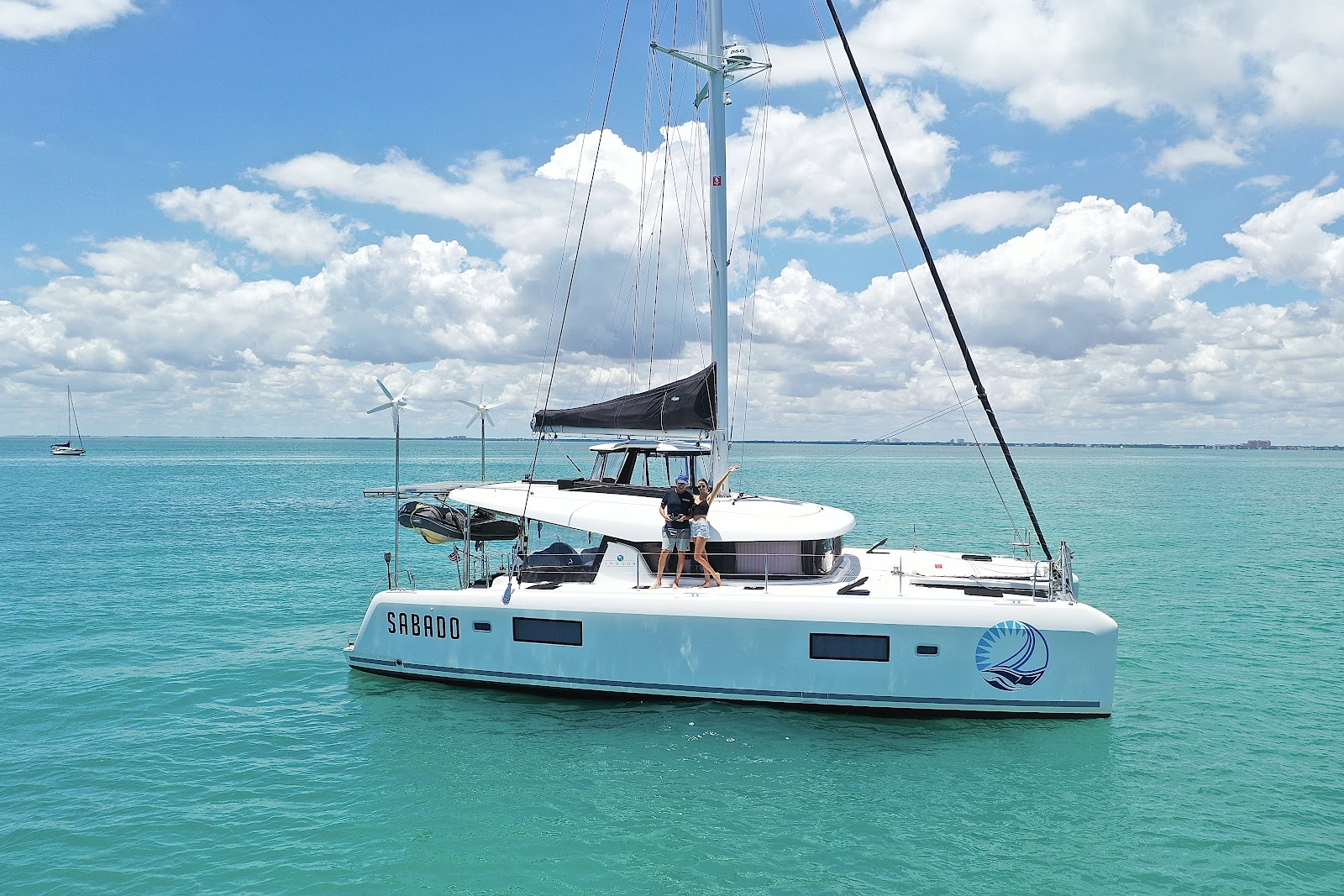 In between filming and editing, we did get off the boat a few times in search of air conditioning to escape the afternoon heat. Since we were anchored near a National Park, our AC quests always involved a stroll through some beautiful jungle-lined walking trails before reaching civilization. 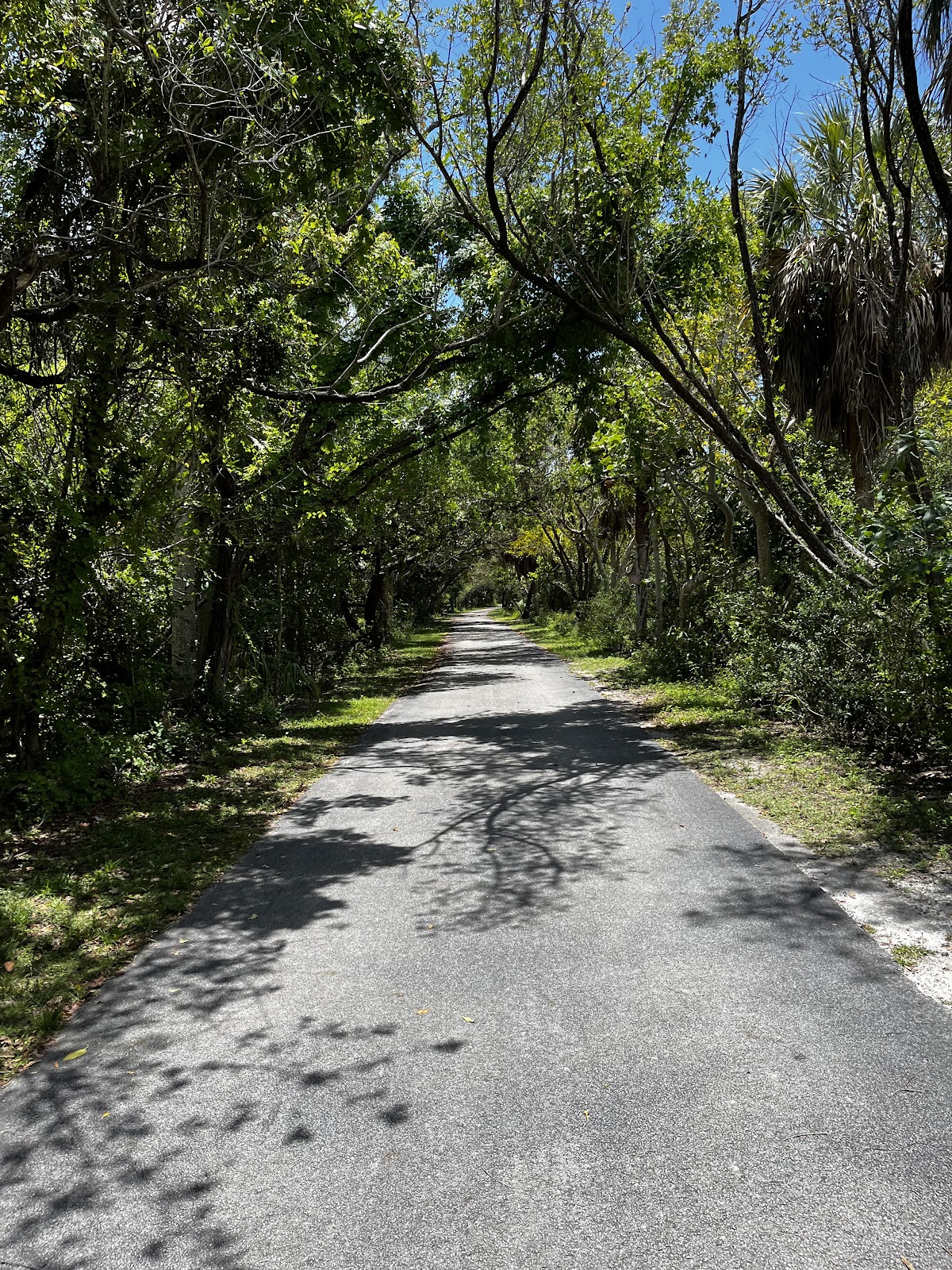 We tried out a couple of new restaurants, and as always, Miami did not disappoint. Friday morning, we pulled up anchor and began our journey North.

There was no wind when we left, but this was the only weather window in the forecast that didn’t involve 20+ knots of wind on our nose, so we decided to move while we could, even if we’d have to use the engines.

We worked our way out into the Gulf Stream and were rewarded with a couple of extra knots of speed courtesy of the current and 1,000 + feet depths of dark, blue water. 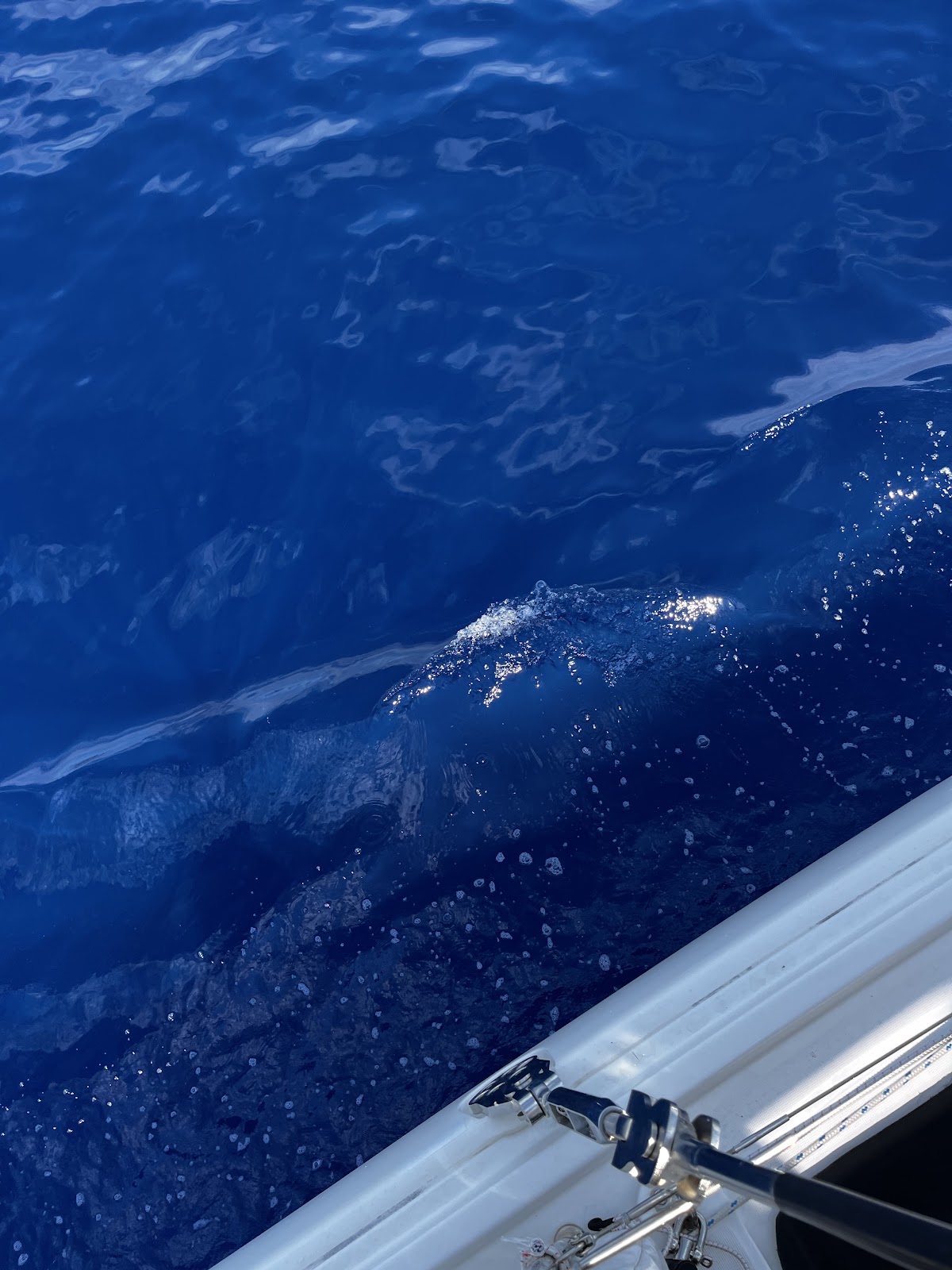 (This photo is not edited!! Look at that shade of blue!!)

We lounged around in our beanbag chairs on the bow all afternoon, enjoying the sunshine and solitude until the wind began to pick up. We excitedly hoisted the main, cranked out the gennaker, and shut the engines off. We cruised along for the rest of the day with an average speed of 8-9kn! 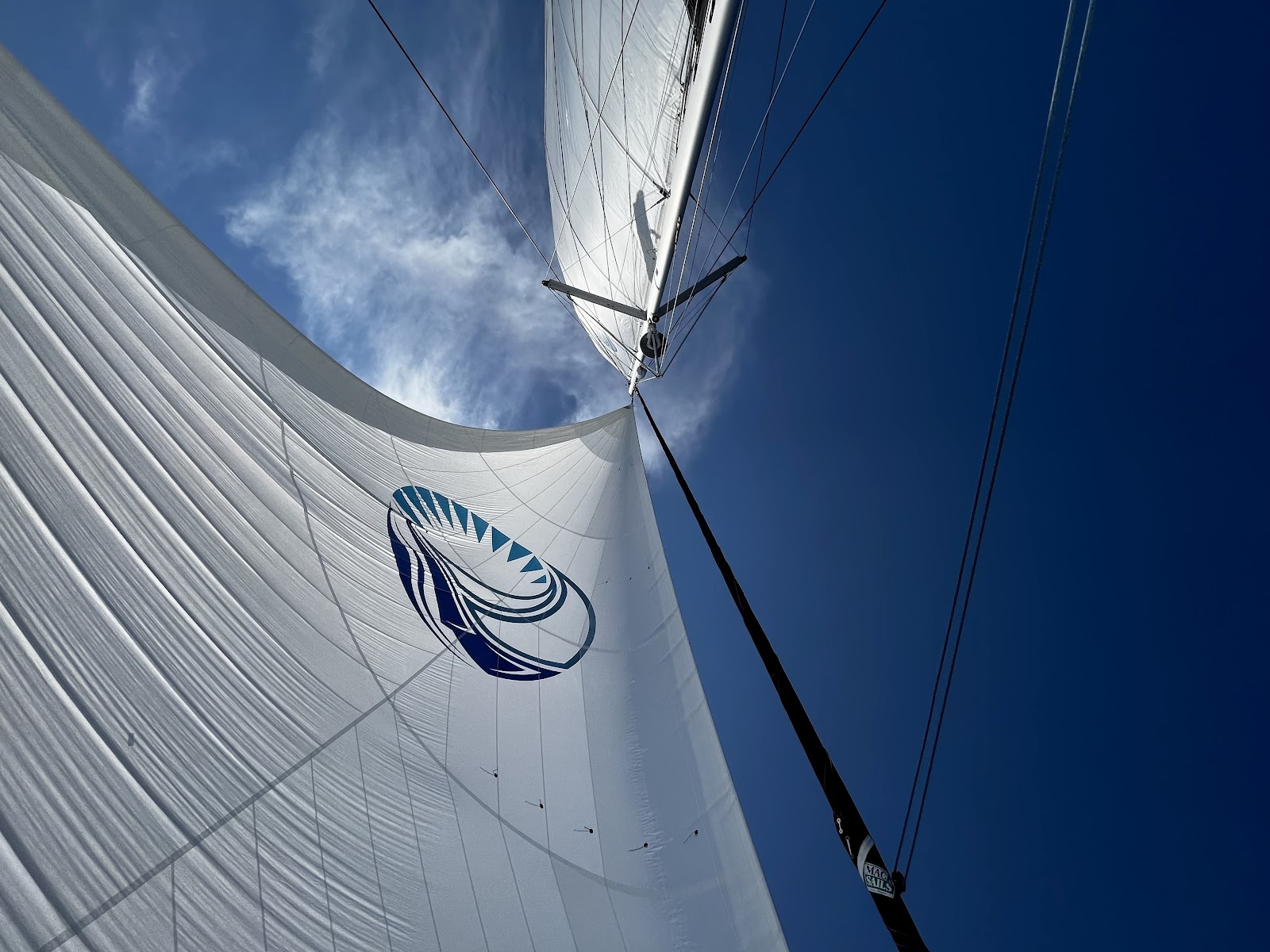 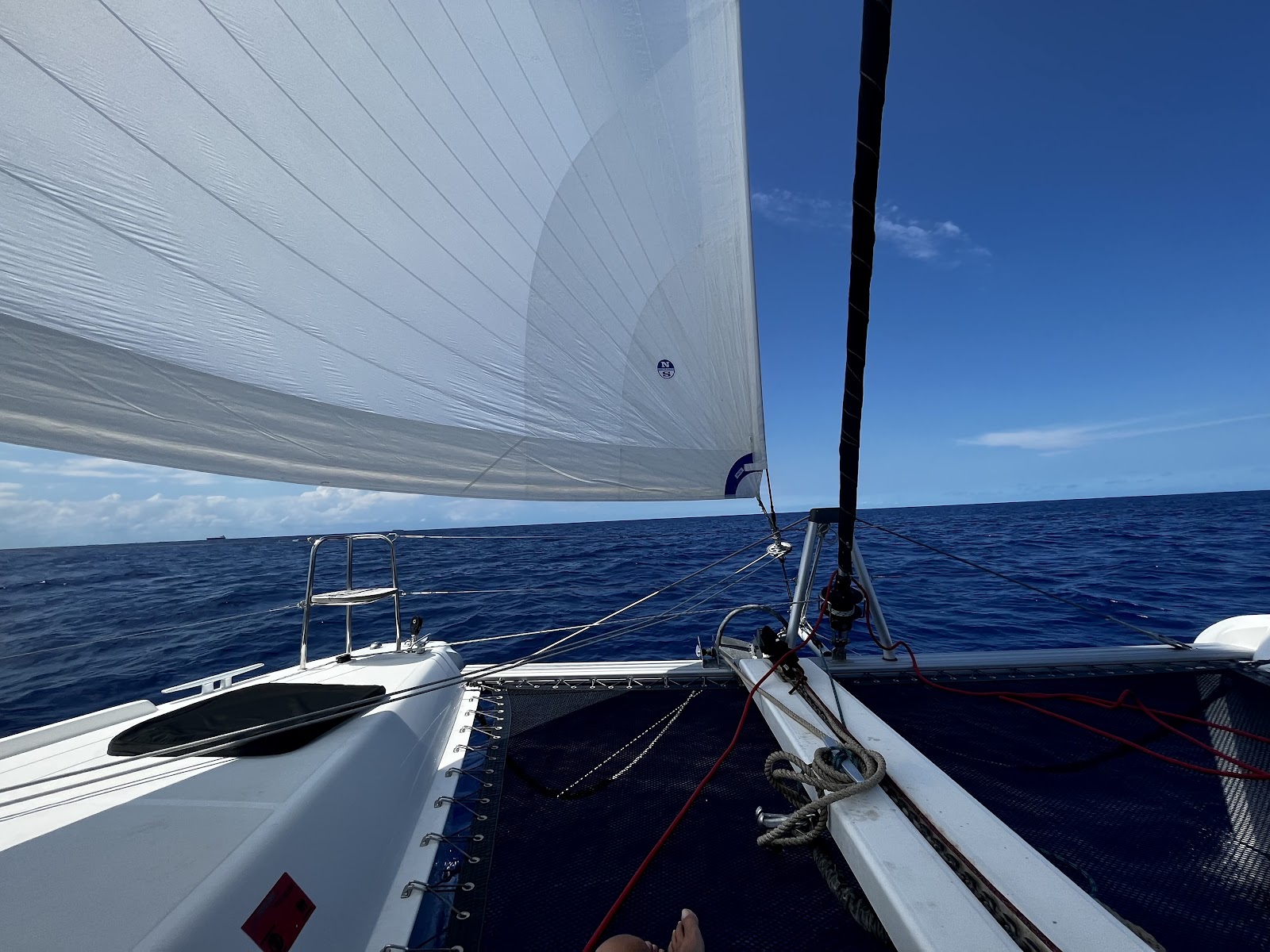 Just as the sun was setting, the wind shifted. We swapped out the gennaker for our jib and maintained our speed for a few more hours. 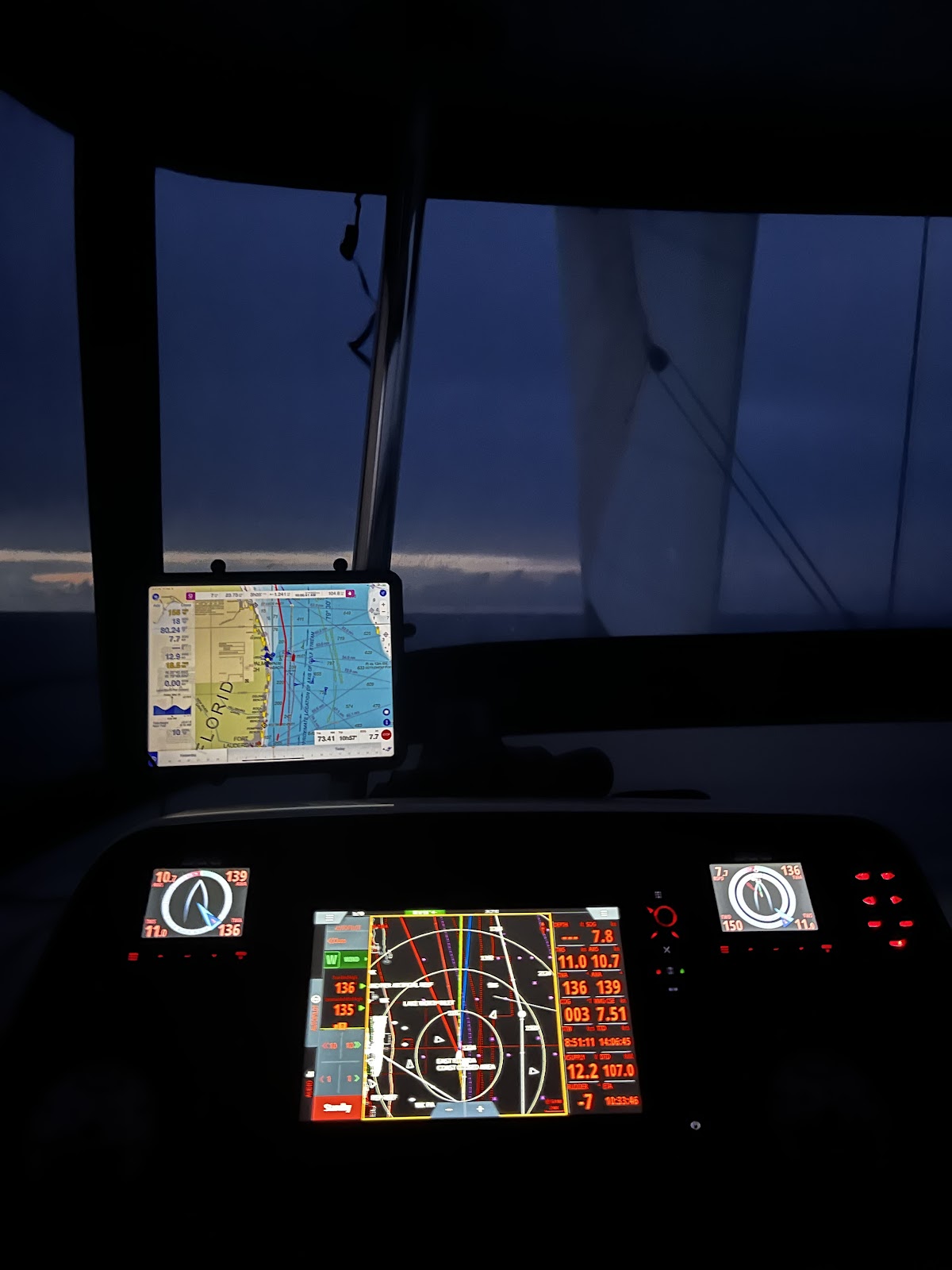 Just before midnight, the wind died. We dropped both sails and reverted to motoring. We took shifts, one of us keeping watch while the other slept, a trust exercise I think most couples should experience- believing in your partner’s ability to keep you and your entire home safe as you move through deep waters in the dark- it’s quite an experience. Ray and I do really well on overnight passages. We have agreed upon specific safety protocols that whoever is on watch abides by so the other can sleep without worrying. We wake each other up if anything out of the ordinary happens, if we’re unsure about absolutely anything, or if we need to move outside of the helm station for any reason. Whoever isn’t on watch usually sleeps in the cockpit or salon, so we’re always just a shout away in an emergency.

The night went smoothly, and when I took my first morning shift, we were surrounded by jellyfish! I probably saw hundreds during my first hour at the helm. Can you spot all 6 in this picture? 🌊 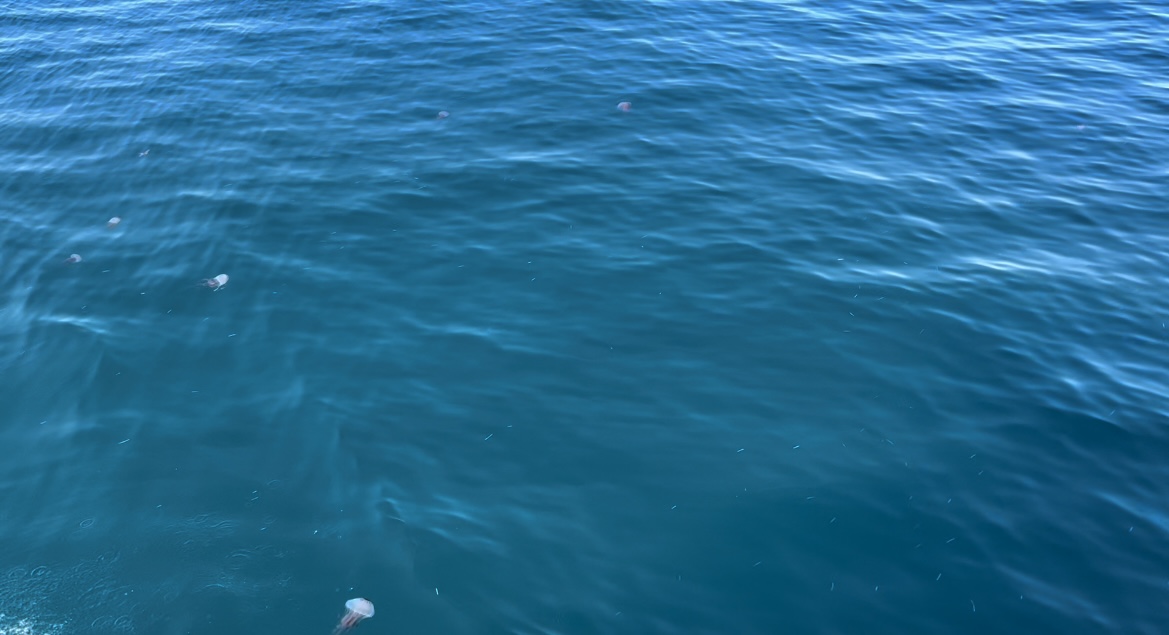 We arrived in Cape Canaveral yesterday around noon and were greeted by our friends at Ocean Club Marina, ready to grab our lines and help us get settled. It feels weird to be back after spending so much time here last year… We dragged ourselves out to lunch, had a celebratory beer, then headed straight to bed.

We’re planning on leaving here tomorrow, so we’re going to try to be as productive as possible today (after visiting our favorite local diner for Sunday brunch first). The plan is to wash the boat, order groceries, do some laundry, and make a trip to the storage unit! Then we’ll fuel up and head out. ⛵️

What are you up to today? ❤️